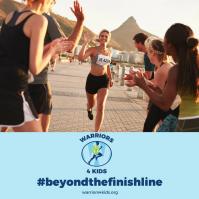 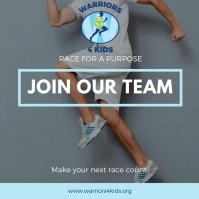 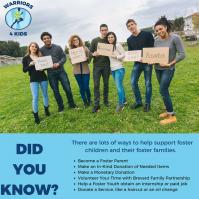 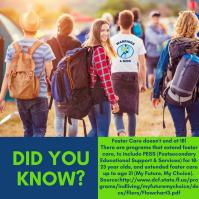 Warriors 4 Kids Inc is an IRS qualified 501(c)(3) that was formed with one goal in mind - to help children in need.

We are a 100% volunteer non-profit organization.

Our founder and current President wanted to make his athletic endeavors more meaningful.  Two years ago, he committed to a half-Ironman (70.3 miles) distance race, and decided to raise funds for another nonprofit while training for the event.  His friends were so inspired by his efforts that they donated over $9,000 to his chosen charity.  Last year, he chose a different charity to support while training for a full Ironman (140.6 miles) distance race.  Once again, his friends were so inspired by his efforts (and probably tired of him nagging them to donate!), that he raised over $18,000 for his selected charity.  This year, he has decided to train for an Ultraman distance race (321.6 miles), but he was having a hard time selecting a charity.  Out of this, Warriors 4 Kids was born.  It is his goal to raise over $32,160 in support of his training efforts for this race.  In addition, Warriors 4 Kids recruits other athletes who want to make their races more meaningful as well.

We are a GuideStar Gold level charity.

Warriors 4 Kids Inc was established as a non-profit corporation in Florida with a single  goal in mind – to benefit children in need.  While this might seem vague, that is the point.  Warriors 4 Kids Inc doesn’t want to be limited to helping specific children – we want to provide resources to any child that may need them.  Our Board of Directors is committed to seeking out beneficiaries all across the United States – children of veterans, homeless children, orphaned children, and sick children all stand to benefit from our coordinated fundraising efforts.

Two years ago, our founding member and current President, Tommy Bowling, made a commitment to participate in a half-Ironman distance race.  He wanted his race to serve a greater purpose, so he elected to raise money for a charity near and dear to his heart, Children of Fallen Soldiers Relief Fund.  His goal was to raise $100 for every mile he planned to complete as part of the race, for a total of $7,030.  He surpassed his goal, and completed that race in April 2015 in New Orleans, LA.