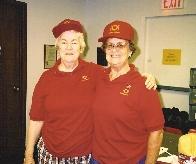 Daily Bread was founded in September, 1987 and started operations on New Haven Avenue, Melbourne, Florida, as a soup kitchen to feed the poor, hungry and homeless in the Melbourne area of Florida.

Daily Bread purchased its’ present building, formerly a biker bar, in 1992. The biker bar was originally built in 1952 and consists of 3,150 square feet with an 858 square foot covered patio.

We are open every day of the year, and managed by a Board of Directors consisting of eighteen entrepreneurs and professional people, empathetic to the plight of the poor, hungry and homeless.

Our mission statement reads as follows:
“Daily Bread is a volunteer-driven 501( c )3 nonprofit in Melbourne, Florida. We are dedicated to improving the dignity and quality of life of the hungry and needy we serve. Our vision is to assure that no one goes hungry, no food is wasted in our community, and no one is denied the opportunity or assistance to become self-sufficient. We provide a free, seven course, hot meal every day from 11AM to 2PM.” We also provide showers, hygiene products, a mail stop and clothing to those who are homeless. We have other agencies, which partner with us, coming to Daily Bread, to provide assistance with health care, food stamps, HIV/AIDS testing, Veteran’s issues, alcoholics anonymous meetings, etc.

In 1992, our former location on New Haven Avenue was converted to a Thrift Shop, which provides one-third the revenue to operate the entire enterprise.

In October, 1995 we opened our Distribution Center. Every year, we conduct two major food drives, one in May with the Letter Carriers and one in November with the Boy Scouts. The food collected from these drives is taken to our distribution center and is shared with twenty three other agencies which distribute food to the poor, hungry and homeless.

In our efforts to be a good neighbor, we are constantly reviewing policy and procedures to enhance our presence in the community. We use plastic trays, (much like those used in our local hospitals), and ceramic cups to serve the food and beverages. The trays and cups are re-usable, functional and reduce the potential impact of using paper or disposable plastic products.

We have a rigid set of rules for our clients regarding behavior and vigorously enforce them. We have given the police department the right to ban anyone from our premises they deem bad, undesirable or a risk to our population and neighbors. We have a banning process that includes periods of a day, week, two weeks, month, two months, two years or permanent if someone behaves or acts improperly. We also trespass those whose one-time behavior is unacceptable or has been a repeated problem on our premises.